The Coast of Death, land of lighthouses 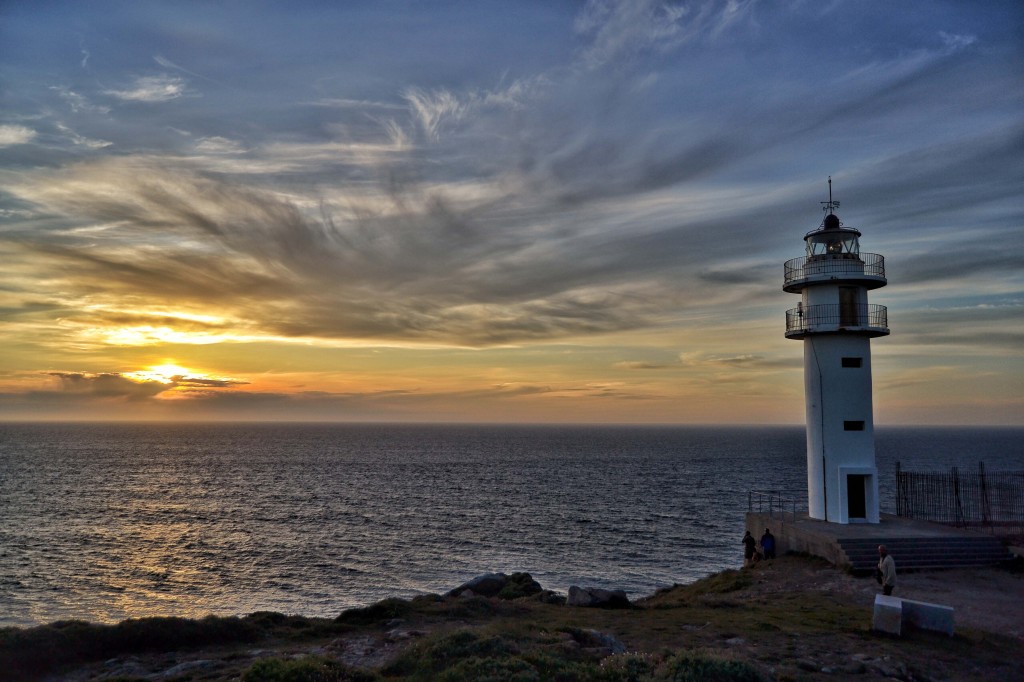 The Coast of Death is one of the Galician places in which most shipwrecks have been registered over the last centuries due to its rocky orography and its high cliffs. This has provoked the construction of lighthouses during the years in order to avoid these sinkings or the natural disasters they give rise to in this coast. In this post we will highlight 8 of the most important lighthouses in the Coast of Death.

The Tour of the Lighthouses has already been created in Galicia. It is a tour which passes by the most significant places of the Coast of Death, paying special attention to the lighthouses of the area.

The first stop is in the Fisterra Lighthouse, situaded in the cape with the same name, where it was believed that the world ended, leading to different theories about this name, which we have already talked about in a previous post (for more info, click in the following link). The Fisterra Lighthouse is the oldest in the Coast of Death and it was inaugurated in 1853.

Further north, in the Touriñán Cape, the most western point of Galicia, in the council of Muxía, we find two different lighthouses. The oldest one, which nowadays is not working, was inaugurated in 1898. The newest one started working in 1981.

Following the coast line towards the north, the next stop is in the Punta da Barca Lighthouse, also in Muxía. The lighthouse started working in 1898, but the special thing about this is the location in which it is found: next to the Virxe da Barca Sanctuary, from where the whole estuary can be contemplated.

From the Virxe da Barca Sanctuary we can also see the next lighthouse of the tour: the Cape Vilán Lighthouse, in the council of Camariñas. In this cape there used to be another lighthouse, but it was not placed in the most elevated point of the cape, so it did not offer enough visibility to the ships. With the sinking of the Serpent in 1890, the project to build a new lighthouse was speeded up. The new lightouse was inaugurated in 1896, and it became the first lighthouse with electric light in Spain. Nowadays, in the inside there is an Interpretation Center of shipwrecks, lighthouses and maritime signals.

The next stop of the tour is in the Laxe Lighthouse, situated in the council with the same name and built in 1920. In the vincinity of the lighthouse, there is a sculpture named "A espera" as a homage to the missing sailors and their families. There is also a viewpoint from which it can be admired the incredible Coast of Death landscape.

In the council of Ponteceso, belonging to the Corme and Laxe estuary, it is located the Roncudo Lighthouse, in the Cape Roncudo. It is said that this name appeared because of the hoarse sound the sea makes when it hits the rocks. The lighthouse began to work in 1920 and it is a replica of the Laxe Lighthouse.

Following the route, we arrive to Punta Nariga, in Malpica, where we find the Punta Nariga Lighthouse, the most modern of Galicia. It was designed by César Portela and its construction was finished in 1996. It is made of granite and its curious triangular base is a viewpoint which has a sculpture of a man throwing himself to the sea, "El Atlante", in its sharp end.

The tour ends in Cape San Hadrián, also in Malpica, from where we can see the Sisargas Islands Lighthouse, built in 1915 thanks to the Malpica neighbours, who took the rocks to the peak top in which the lighthouse is found. In these islands, there are also remains of a chapel that is said to have been destroyed by the pirate Francis Drake in 1589.

The construction of these lighthouses has allowed the decreasing of shipwrecks, which used to be very frequent in this steep coast. Moreover they have also become precious tourist resources thanks to the espectacular environment in which they are situated. We hope that you have enjoyed this post and that you decide to come visit this magical zone of Galicia.

From ArtNatura we offer you the possibility of enjoying a guided tour around the Coast of Death. More info in the following link: http://artnaturagalicia.com/rutas-a-medida/ruta-de-los-faros