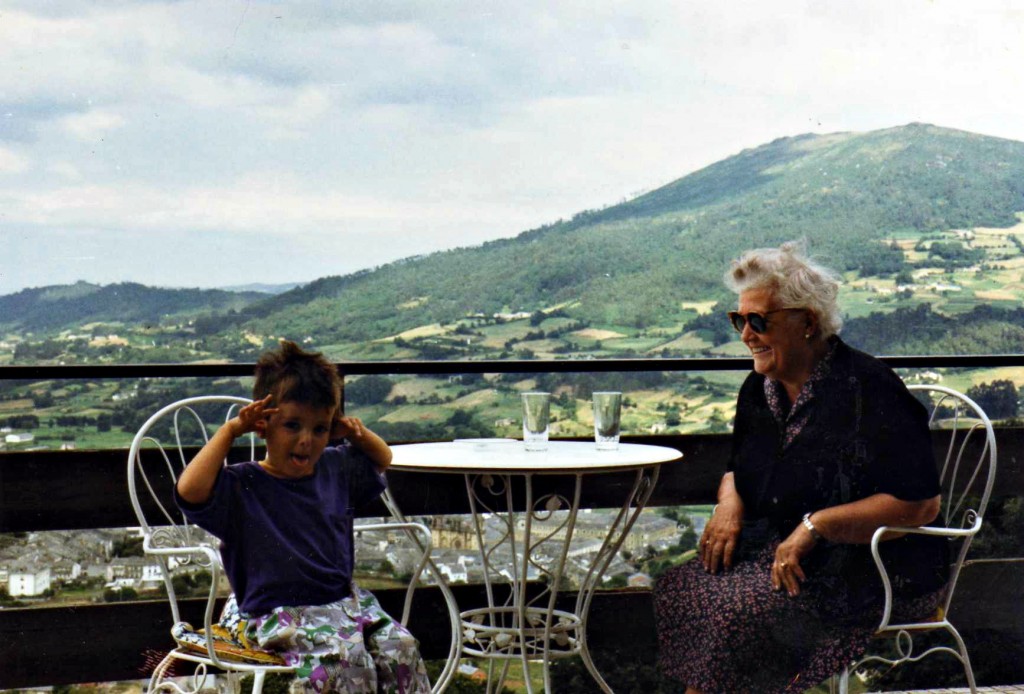 A Mariña Lucense is the place where I spent most of my childhood summers. My paternal grandmother -who emigrated to Buenos Aires in the 20s- was from Ribadeo, and my maternal grandmother -who I knew and with whom I have growth- was from A Espiñeira, a place in the parish of Vilaronte (municipality of Foz, in the beautiful mouth of the river Masma). For that reason, my memories from this zone go back almost to the beginning of my existence. And for that reason, my vision of this territory have emotional and even magical nuances.

I remember those trips from Lugo with classic stops along the way: Outeiro de Rei, Rábade, Vilalba, Abadín, Mondoñedo, Lourenzá, Celeiro, Santa Cilla ... and especially in the viewpoint-cafe which existed at that time near Mondoñedo. Usually we stopped for a coffee/chocolate and usually also a piece of traditional cake. Today, when I go with visitors, I still do this stop but at the center of Mondoñedo. O Rei das Tartas (The King of Cakes), one of the first "places of memory"... mythical!

Then there are the memories lived itself in A Mariña. We always stayed at Foz -because there we had most of our family-, but every summer the excursions were always numerous: Ribadeo (Catedrais, Rinlo, Illa Pancha) Barreiros, Burela, Xove, Sargadelos .. . just to name the most frequent.

When I was a teenager I became more interested in the history of the land of my ancestors, and I perfectly remember my Olympic tours doing researches with my bike: San Martiño de Mondoñedo (where it is located the oldest cathedral in the Iberian peninsula and also the Espazo Caritel) the Castro of Fazouro, the Bispo Santo... in these tours, and also being smaller, I always liked imagining that behind the horizon there should be the Gauls Asterix and Obelix (and their relatives who migrated to A Mariña in the 5th and 6th centuries) and the Irish cousins and other members of the European Celtic family.

When I got older I discovered in greater depth municipalities that I visited less during my childhood. Each year, going to the 3x3 basketball in Viveiro, I fall in love over this beautiful medieval village, especially when we go with friends to San Roque, to see the estuary from above. O Vicedo and Ourol and their formidable landscapes that we always enjoy in the way to the Ortigueira Festival; A Maruxaina, essential event of the summer in San Cibrao; O Valadouro, and its land steeped in history (for exemple Chao da Cruz or As Penas do Carballido); Alfoz and Finca Galea, A Pontenova and the ovens of Vilaoudriz, the castros of Sante and Vidal in the municipality of Trabada... and so many other places that we'll slowly visit in the coming articles of Homo Ambulans.