A sombra do Peregrino: places to discover 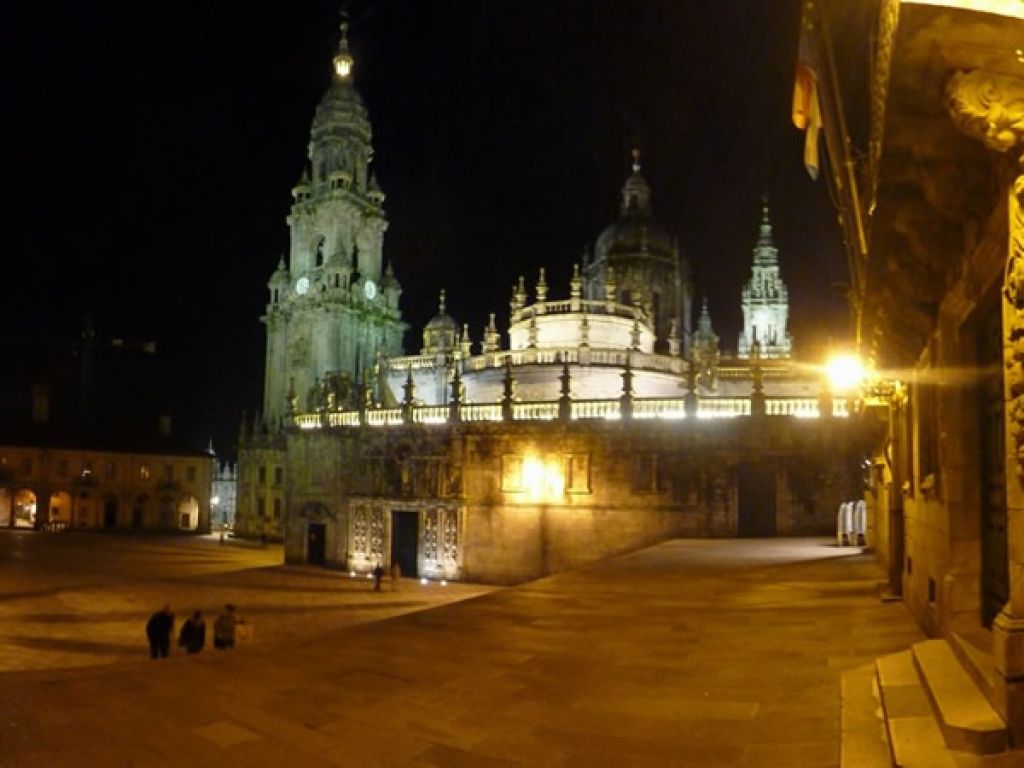 A Sombra do Peregrino is located on Plaza da Quintana. When referring to Santiago de Compostela, we talk about a city with a lot of charm and with special places to discover. The best way to find these places is by walking, wandering and watching…like a flâneur.

Santiago de Compostela is, and will be, a city eternally linked to the image of the ‘pilgrim’. Thousands of them arrive every single day here. Because of this, we have a lot of myths and legends about this cultural figure. One of stories talks about a shadow that will always accompany the pilgrim on his journey along the Camino.

The shadow becomes real in the Plaza de la Quintana and meets face to face with the pilgrim. However, it can only be seen by the nocturnal pilgrim, at it only appears at night, when lights of the square are on.

One of this legends related to the shadow talks about the story of Leonard du Revenant, a prisoner who tried to get rid of his sentence by walking the Camino de Santiago. He was accused of killing his father to inherit all his wealth, and after the judgment, he was sentenced to walk the pilgrimage to Compostela and apologize to the Apostle Saint James. On the way, he met a woman in a hostel (the woman worked there), and he raped and killed her, after murdering her boyfriend.

Leonard du Revenant was persecuted immediately, so he decided to dress as a pilgrim to hide his true identity. When he got to Santiago to ask for forgiveness for this offenses, fear seized him, so he decided to spend the night next to the Cathedral, and be the first one to enter the holy place the next morning.

However, overnight, his father appeared in dreams to reproach him for the murders he had committed, and he told Leonard that until those two souls forgave him, he would not be free. According to the legend, Leonard got scared and he drew his sword and killed himself there. Since then, he appears every night as a shadow waiting for those two souls to forgive him.

The other legend talks about an impossible love. A priest fell in love with one of the cloister nuns in San Pelayo’s convent. To see each other, they should do it secretly. Each night the priest would sneak into the convent through a secret passageway that, according to the story, exists under the stairs of the Plaza de la Quintana. The couple decided to escape in order to live their love freely, and they met one night in the plaza. The priest appeared dressed as a pilgrim, so to avoid catching attention. He waited all night but his beloved did not appear ... and every night he returns to the meeting place.

Leaving the legends aside, it is worth mentioning that this shadow is nothing more than the light that illuminates the Quintana at night, pointing a stone pillar. This pillar, located next to Puerta Real, serves as a beautification of the lightning rod’s wiring of the Cathedral, and has also served as a source of inspiration for all these legends.

From Art Natura we encourage you to join us on this trip, where you will be able to feel the most local experiences, and to visit the most curious places of Santiago de Compostela. 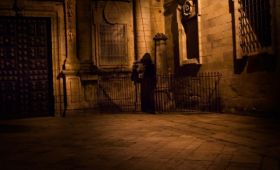 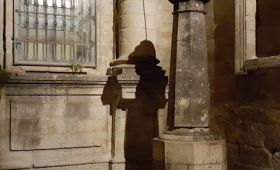