Paris to Dakar, without leaving Santiago 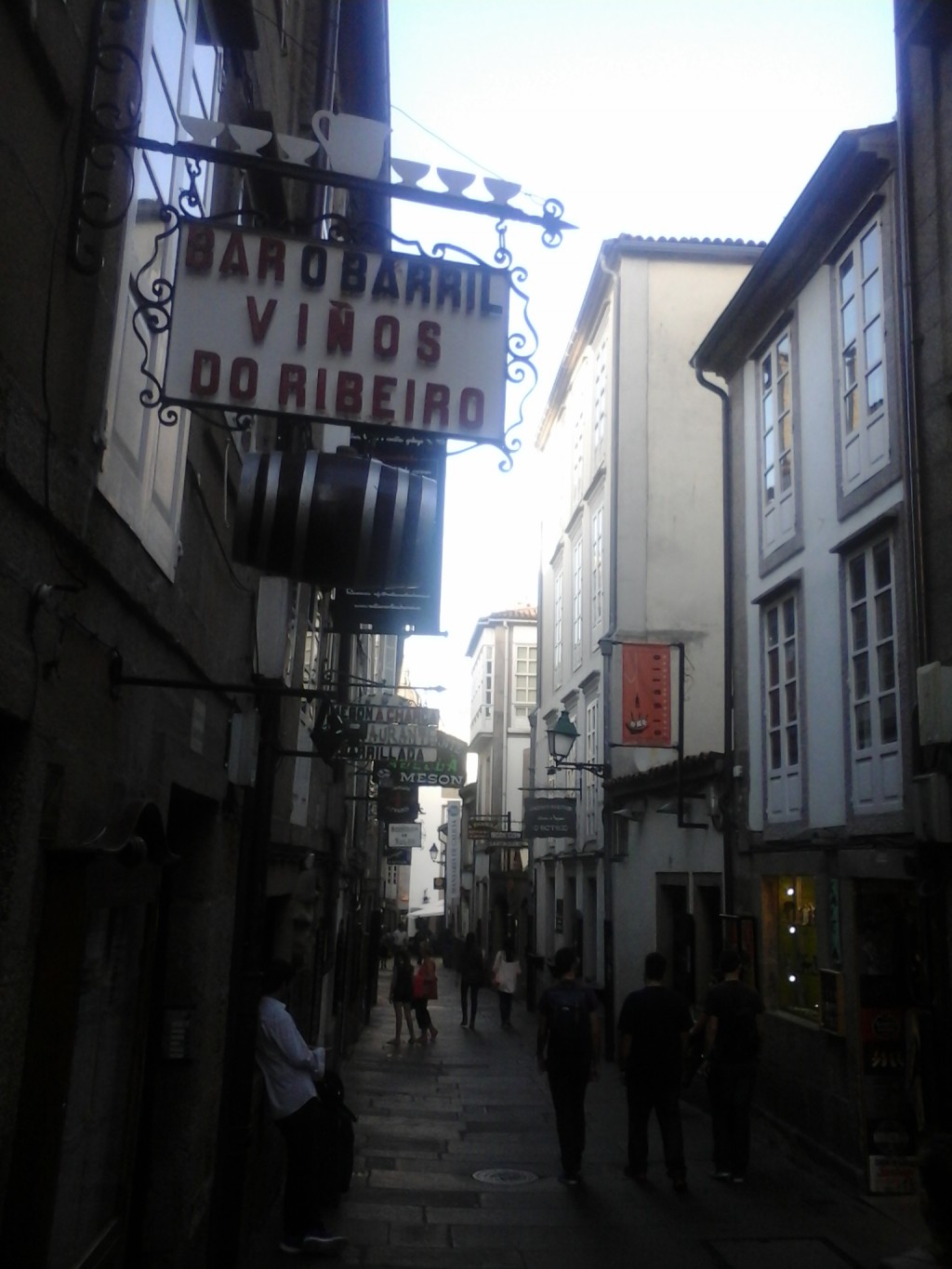 There are two ways to walk down the cobbled street of Rúa do Franco, one of the main streets in the old quarter of Santiago de Compostela. The first is with blisters on your feet, your skin red from the sun, and a sense of expectation in your heart as you walk the last few hundred metres to the cathedral. This is how it is done by the thousands of pilgrims who walk the Road to Santiago each year. The second is less well known, despite its popularity among locals (particularly the 30.000 students who study in the Galician capital). Walkers of this type normally have a glow in their cheeks -due to the effects of drinking wine-, a full stomach and a swaying motion to their step.

This second route has certain qualities in common with the Paris-Dakar rally. The goal of this race is to drink a Ribeiro wine –a local white- and a portion of tapas in every one of the 30 bar between Bar Paris, at the top of the street, and Cafeteria Dakar, at the other end. Like its big brother, the grueling pursuit across the deserts of south America, the Santiago trail is only for the adventurous; for those willing to put their strength and endurance to the ultimate test.

The origins od this endeavor are unknown. The route goes back in time, and tales of it are told by barmen and waiters of the city's older establishments, those men who wear a dishcloth over their shoulders and whose shirts are no longer white. They say that in past times early competitors were anonymous heroes with iron livers. As with all urban legends, everyone knows someone who has finished the route. However, those who have made the attempt are skeptical toward such tales. In reality, somewhere around the halfway mark, normal speech turns into a babble, and psychomotor skills degenerate to the extent that reaching the next bar becomes an almost impossible task.

If you are a person of good sense you will already have concluded that the Paris-Dakar is a total madness. Visit Santiago Cathedral, one of the world’s most impressive, wander the ancient streets and shelter from the rain under shady arcades. If you should enter a bar on the way, don't be afraid to order a vino branco while enjoying tapas of mussels, octopus or Galician pie.