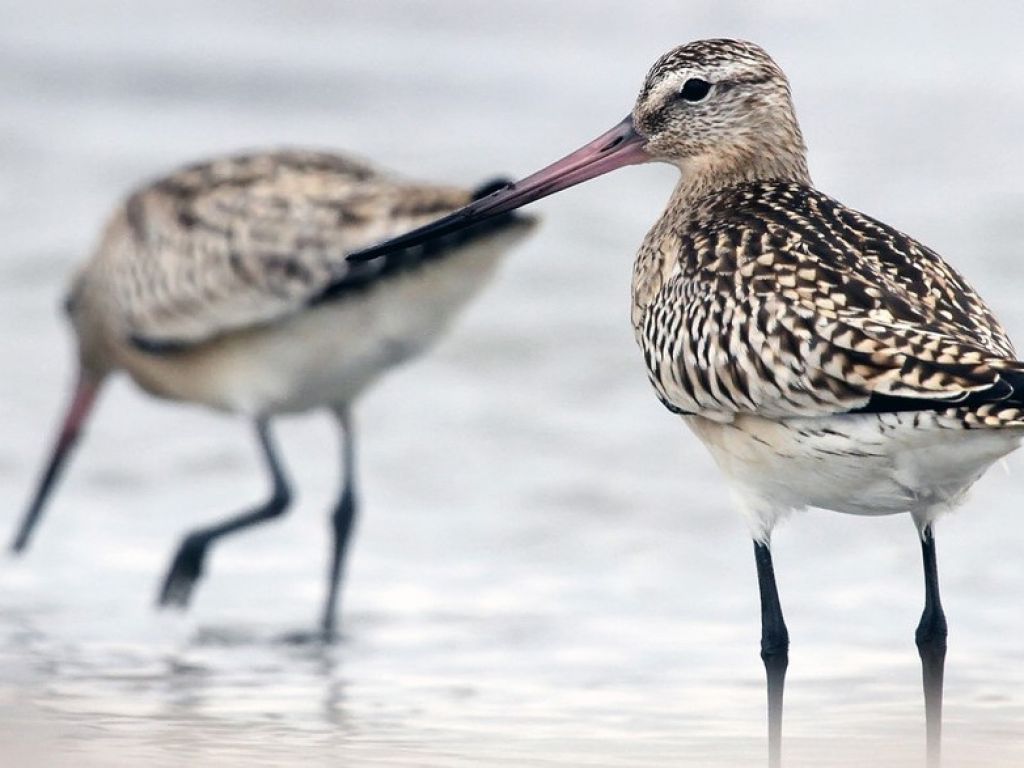 They are so small that we would rarely notice them while we are waiting to catch our flight. They do not need to present their visa or boarding pass as all of this is written in their genes. And they don't usually check in either because they tend to be travel light. They are not invisible, but we hardly notice them. And yet they fly, they fly a lot more and better than all of us. The birds, those old friends who have been crossing the sky since before man appeared upon the earth. The ones, maybe, that awakened in us the dream of traveling. The same ones that set a course for the first lost sailors. A species specially designed to see the world in all its magnitude.

And even though they are here, with us, anywhere on the planet, why are we rarely aware of them?

If you are able to slow down at times the frenetic pace we are accustomed to and notice our occasional neighbours you will get several valuable gifts:

Armenteira is not a bad place to walk along the river listening to birds, but the good traveller who practises the art of observing, will be in luck if he takes in Galicia, a prominent destination among Bird Watching lovers, since the variety of locations in which one can observe the worls of birds is extraordinary: marshes, meadows, mountains, 'brañas', valleys, and river canyon, beaches...

This European outpost, with its mild Atlantic climate and proximity to the African continent, becomes for a short time each year, the natural haunt of many migratory species that alight in our fields and coast to stop or rest while crossing our territory on their way home. Anyone who feels the call of the wild, who enjoys the pleasure of being surrounded by nature and experiencing it as a work of art, can discover in Galicia countless corners to practice this experience.

The open landscapes of Terra Chá or A Limia.

Capes entering the ocean, where you train your gaze to distinguish whether those dots that pass towards the horizon line are skuas, shearwaters, common scoters or stormy petrels.

It is difficult to choose between so much beauty: Prior, Ortegal, Vilán, Silleiro, Touriñán, but perhaps the ornithological paradise of Galicia is Estaca de Bares.

The Estaca de Bares Bird Observatory is a place highly appreciated by naturalists from over the world and is one of the best Bird watching spots in Europe.

The migration path from September to December is spectacular, as at this point several migratory routes of species from both Africa and Northern Europe converge and can be seen there when the winds are conducive, birds from as far away as NewFoundland, South Africa, Antartic, Siberia, Canada or Chile. Terns, puffins, Great skuas, Black terns, common scoter, seagulls and different species of shearwaters, and the spectacle of the thousands of gannets!

And if even the strong wind and these attractions do not seduce any possible travel companion to Estaca de Bares, tell him or her about its steep cliffs, the blasts of colourful scrub flowers bursting against the immense blue of the sea, the passage of cetaceans, its beautiful beaches and the Galician gastronomy and they will be unable to resist accompanying you.

Another positive point for Bird Watching in Galicia, is the generosity of many of its recognized ornithologists, always ready to share their passion, both to demonstrate the curiosity with which we may observe this world for the first time and to share their studies and findings with the scientific community.

One of them is Antonio Sandoval, ornithologist, adviser and excellent communicator who gives us in his book What are birds for? a song for the enjoyment of nature.

And if you are one of those travellers who like to preempt those who will make their way to this destination, do not forego the advice and guidance of Xabier Vázquez Pumariño or and Cosme Damián Romay as a first contact.

Like travel, the fondness for ornithology is highly addictive. Forewarned is forearmed!