The “adulterous women” of Platerías, reality or legend? 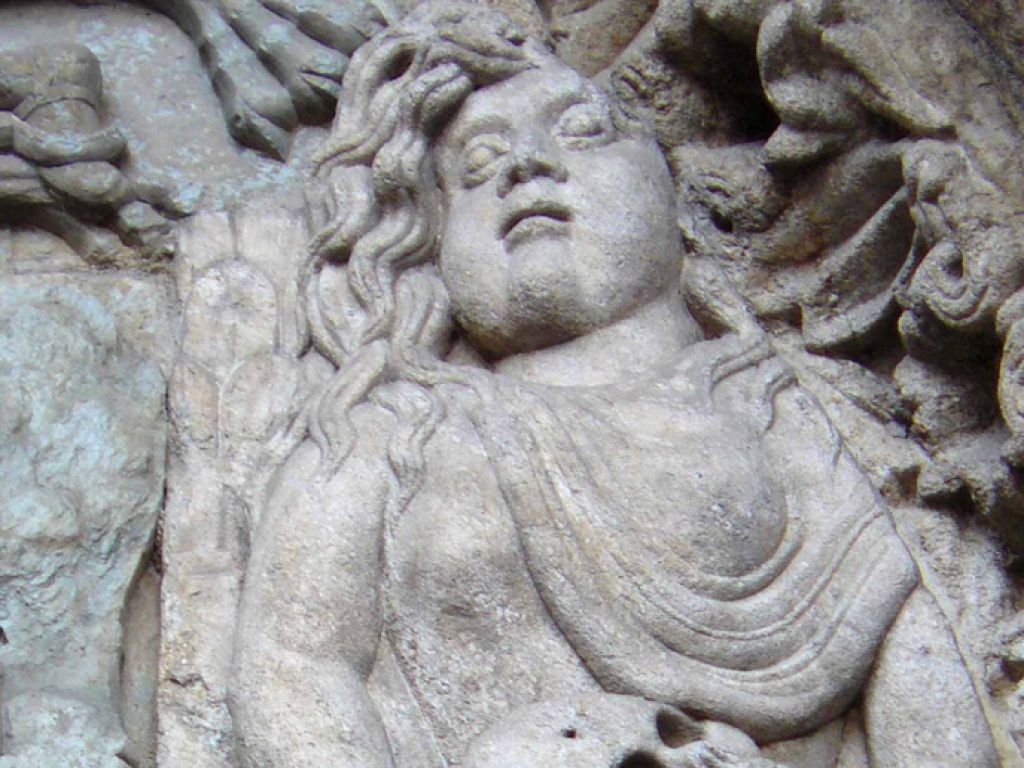 Located in one of the tympanums of the only Romanesque façade preserved in the Cathedral, there is a curious image of a woman with curly hair holding a skull, from which several interpretations arise.

To better understand this representation, it must be known that in the Middle Ages, representations of Romanesque art were used to educate and warn the population, mostly illiterate. In this case, it is a warning of what could happen if somebody sinned for lust.

The woman was a recurrent image to represent the carnal and sexual world, especially if it had curly hair, symbolizing temptation and sin, oppposed to sacred representations like those of the Virgin, with straight and symmetrical hair.

The most widespread interpretation of this figure is the one of the adulterous woman, already mentioned in the 12th century, inside the V Book of the Calixtino Codex:

"And it should not be relegated to oblivion that next to the temptation of the Lord there is a woman holding in her hands the putrefied head of her lover, cut by her own husband, who forces her to kiss it twice a day. Oh, how great and admirable justice of the adulterous woman to tell all!"

In the Codex, she is interpreted as an unfaithful woman, punished by her husband to eternally hold the decapitated head of his lover and kiss it twice a day.

This makes even more sense knowing that in this square (Platerías), formerly near the Archbishop's Palace (nowadays on the north facade), public trials were held during the Middle Ages, many times related to adultery. It is also known that the celebration of weddings was frequent, so this iconography served as a "reinforcement message" to the sermons addressed to the attendees of these events.

However, other theories were supported among historians, so this figure was also interpreted as Mary Magdalene, regretful women for having sinned, or as Eve, the "mother of death", in contrast to the figure of the Virgin in the right tympanum, with Christ (Life) in his lap .

Another curiosity of this image is the type of seat the figure occupies. It is a faldistorium, a seat in which figures with a “dignity status” have traditionally been arranged. However, the faldistorium does not have a moral condition by itself, but it is given by the character that occupies it. Thus, there are also representations in which the figure is assuming a position that does not correspond, like in the specific case of the "adulterous woman", who is denoting arrogance.

In any case, the original interpretation of the image and the answer to whether this woman was truly judged in this square centuries ago or not remains as one of the many mysteries that surround the city and the Cathedral of Santiago de Compostela .