The traslatio: origin and present 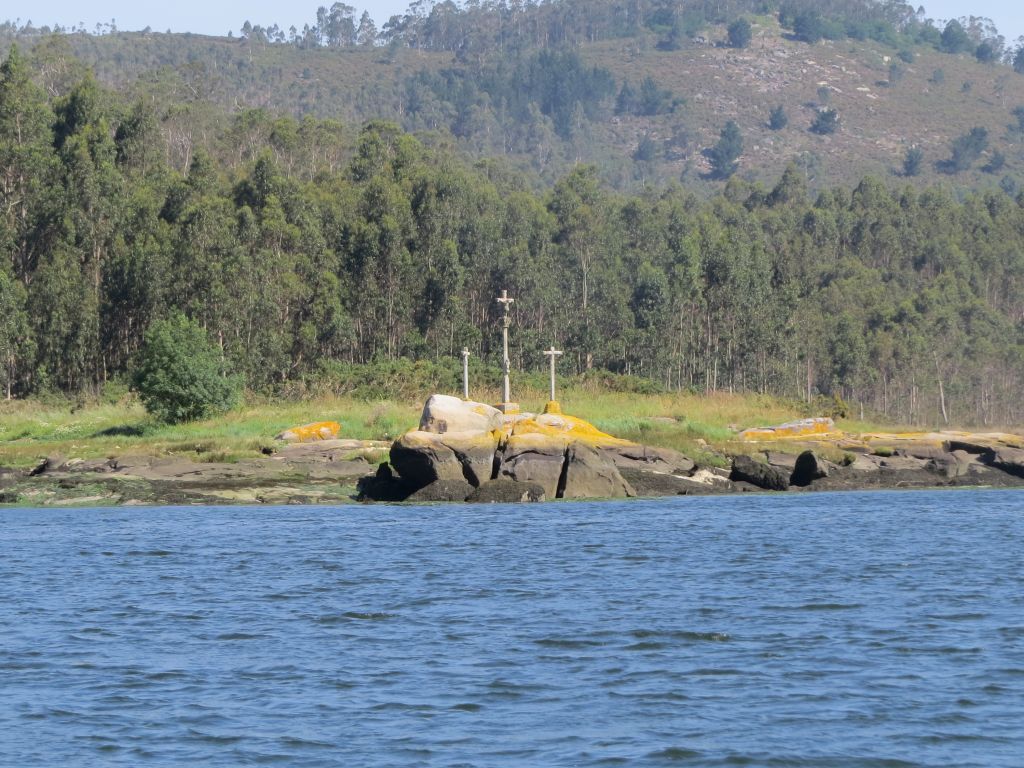 Pilgrimages to Santiago are a phenomenon that does not happen by chance. Nothing happens by chance in the history of Santiago and is that to understand the enormous tradition of pilgrimage that exists in this city we must go back to the discovery of the tomb of the Apostle and the theme of traslatio; that has originated a new tourist route that is worth enjoying.

On te beginning of IX century, around the year 813, there is the discovery of the tomb of the Apostle, at which time in Galicia lives a religious cultural context marked by the Asturian reign of Alfonso II. Galicia ceases to be part of the Hispano-Visigotic reign and begins to appear within a cultural context of that Asturian kingdom, which will mark the guidelines of its history.

It is important to note that the discovery of the tomb of the Apostle Santiago is a fact that we know through a narratio; a kind of story told, narrated, through the tradition that has risen to the status of a historical source because later characters of a certain social category of the time (such as bishops and kings) have signed these documents.

The phenomenon that several historians qualify as inventio is produced from this; an event based on a divine revelation that will lead to the discovery of a holy body or part of its relics in a certain place, whether or not there is tradition in this regard. Compostela tradition already spoke at the beginning of the IX century that the bishop of Iria Flavia had located in a corner of a diocese a tomb that considers the apostle Santiago. This text begins to mark the authenticity and reliability of these findings, because the authorship comes from the bishop, and at that time no one would doubt the word of a bishop. That this is supported by the word of a bishop makes the monarchy immediately support it: this church is restored and a basilica is built to honor the remains of the Apostle.

All this is joined by different publications of the time. Breviarium apostolorum is one of the first writings that gather that all christian communities wanted to have an apostolic origin. This work is going to be the one that indicates for the first time that Santiago Apóstol preached in Hispania and that is buried in an unknown place called Aca Marmorea (the marble ark). Centuries later we find the publication De Ortu et Obitu that narrates the life and death of the main characters of the church in which it collects all the information of the previous breviary. Soon this book passes to different religious communities and reaches centers of Irish monks who will expand this belief in the north.

Already in the VIII and IX centuries this idea had penetrated society, authors like Beda el Venerable write homilies where they refer to Santiago as the evangelizer of Hispania and churches are consecrated to the apostle: there is already a great devotion for this saint. Later Beato de Biena writes Comments to the Apocalypse, where it affirms the preaching of Santiago in Spain locating in a map that arca marmórica and reaffirming itself with the previous documents. It is in this context that the entire deployment is facilitated: the body is already there, the monarch gives privileges to Compostela and this finding is used for his own benefit.

From these documents, and the desire of public figures of the time to magnify the city of Santiago, are detected and justify as such the remains of the Apostle Santiago, so sought after over the centuries and justified through the previous events.

The stories had evolved for their own benefit but we also know through the biblical texts the command of Jesus to his apostles: 'Go into the world preaching the gospel.' If Christ makes a mandate to the apostles so that they preach, these apostles will be scattered by the world and they allow to see in their texts that they were buried in the place where they preached. Here arises the conflict that would soon be resolved with the theme of traslatio: Santiago Apóstol was beheaded in Jerusalem; how is it then that he is buried in Santiago de Compostela? 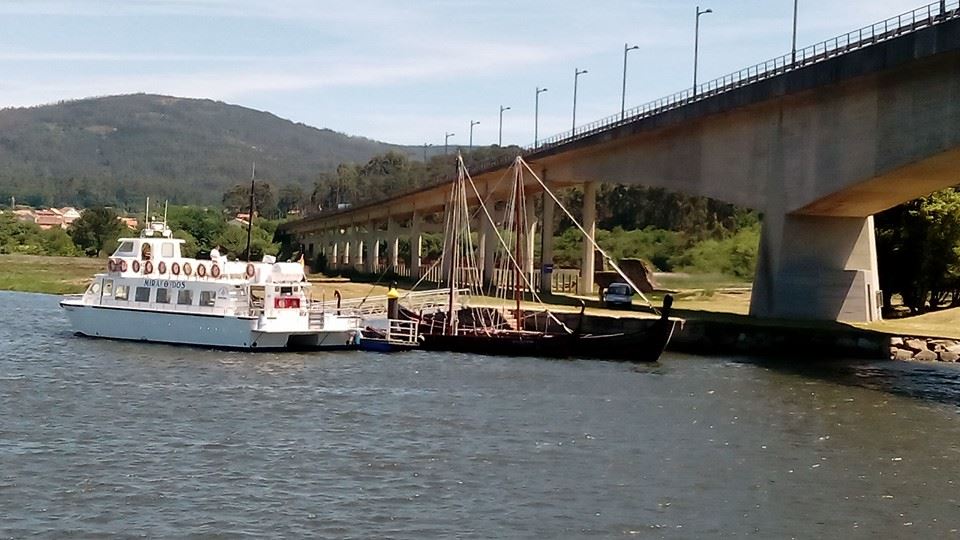 The Jacobean legend tells that before being buried in Santiago de Compostela, the body of the Apostle Santiago traveled by land and sea kilometers until reaching the Galician capital, thus generating the first road to Santiago. The apostles were to be buried in that place where they had preached, and Santiago had been beheaded in Jerusalem, so this process of translatio of his recumbent body begins.

Again, the need to explain how the body of Santiago had arrived in such distant lands makes use of a kind of history in which illustrious figures affirm facts, and these facts become reality. Bede el Venerable, or Floro de Lyon (French monk of renown at the time), point out in his writings that the body of the Apostle was transferred to Hispania to be buried safe of persecutions.

The oldest version of the origin of the traslatio is found in a French text from Limonges, in France. In this manuscript it is indicated that the body of the Apostle Santiago, after having been beheaded in Jerusalem, was introduced in a wooden ship and in seven days he crossed half the world until arriving at the Ulla River, from the hand of Theodore and Athanasius, his disciples and also buried at his side to save the body of the Apostle along this journey of many dangers. Tradition says that the disciples Theodore and Athanasius traveled with the body of the Apostle from Jerusalem through the Mediterranean Sea and the Atlantic coast, passing through the coasts of the Ria de Arousa and O Grove until reaching the bed of the Ulla and Sar rivers. Here they stopped at the port of Mugardán in Iria Flavia where they docked with the boat and, after some miraculous events, the body of the Apostle was buried in that area known as the Aca Marmorea. 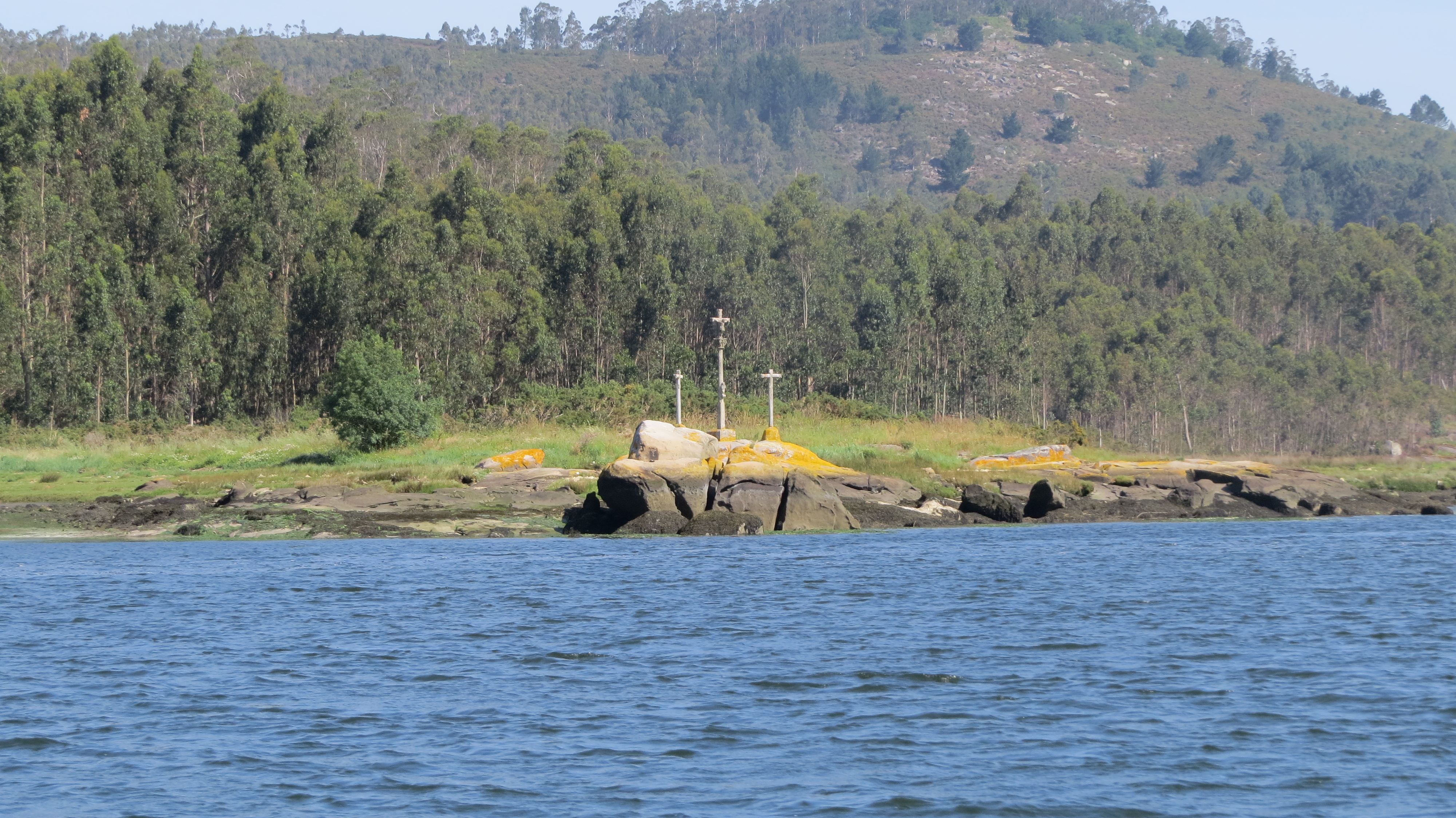 The Traslatio Tour: how it has arrived to our days

The Traslatio Tour is an initiative that was born in 1963 and commemorates the arrival by sea, to Galicia of the body of the Apostle Santiago, after having been beheaded in the city of Jerusalem. The route of the Traslatio Tour can be started at the port of San Vicente do Mar or at the port of Ribeira, since they are the two ports that enter the Ría de Arousa. The tour ends at the fluvial port of the Ulla river in Padrón, and pilgrims who so wish can continue with the route to Santiago de Compostela.

With this tour the pilgrims will also obtain a booklet in which they will have to stop at the different ports where they dock to seal it and thus verify that they have made the Traslatio Tour. The charm of this route lies in the novel aspect of it: it is a type of pilgrimage by sea that combines terrestrial itineraries in which the pilgrim can also enjoy places of interest within the Camino de Santiago.

One of these most remarkable points of interest within this route is the singular via crucis, 17 cruceiros spread between the islands and banks along the Arousa-Ulla route. These cruceiros are the work of José Luis Sánchez-Agustino and commemorate the route traveled by the boat of the Apostle Santiago during his transfer. It can be seen from Ribeira to Pontecesures passing through Vilagarcía de Arousa, Rianxo, Catoira, Valga, Boiro and A Pobra do Caramiñal. In addition, the pilgrim can enjoy nature, visit wineries, taste traditional Galician cuisine and spend time on the beaches and headlands that surround these fishing villages.

There are also different routes to make this Traslatio Tour. If you start the route from the south, you can visit places like Sanxenxo, La Lanzada beach, the Ons and Onza islands (declared natural areas) or the O Grove peninsula and the Isla de Toxa; two places of great tourist interest in the area.

The Traslatio Tour on the west side visits towns such as Ribeira, of great historical-artistic interest for its megalithic remains and castros. Also A Pobra do Caramiñal, with a great historical-cultural heritage with churches of different centuries. On the eastern side of Barbanza, this route visits towns such as Meaño, Cambados (obligatory visit to the Fefiñáns square and the Ramón Cabanillas house-museum), Vilanova de Arousa (with many pazos of artistic interest) and Vilagarcía de Arousa (with architectural monuments of great value and the Carreirón Natural Park).

On the opposite side of Arousa, this route passes through the towns of Boiro, Catoira, Bamio and Rianxo, with emblematic places such as the forts of the area, the Virxe de Guadalupe sanctuary and numerous monuments from different eras. Lastly, the modality on the east side of Arousa passes through Valga, with numerous romanesque churches from the 12th century and Dodro, which safeguards Baroque architectural heritage of great value.

The Traslatio Tour obtained the recognition of the European Parliament, which named it the First European Cultural Itinerary. UNESCO, for its part, declared it a World Heritage Site and enjoys the category of Bien de Interés Cultural declared by the Xunta de Galicia since 1999. From Art Natura we invite you to discover this new way of pilgrimage.