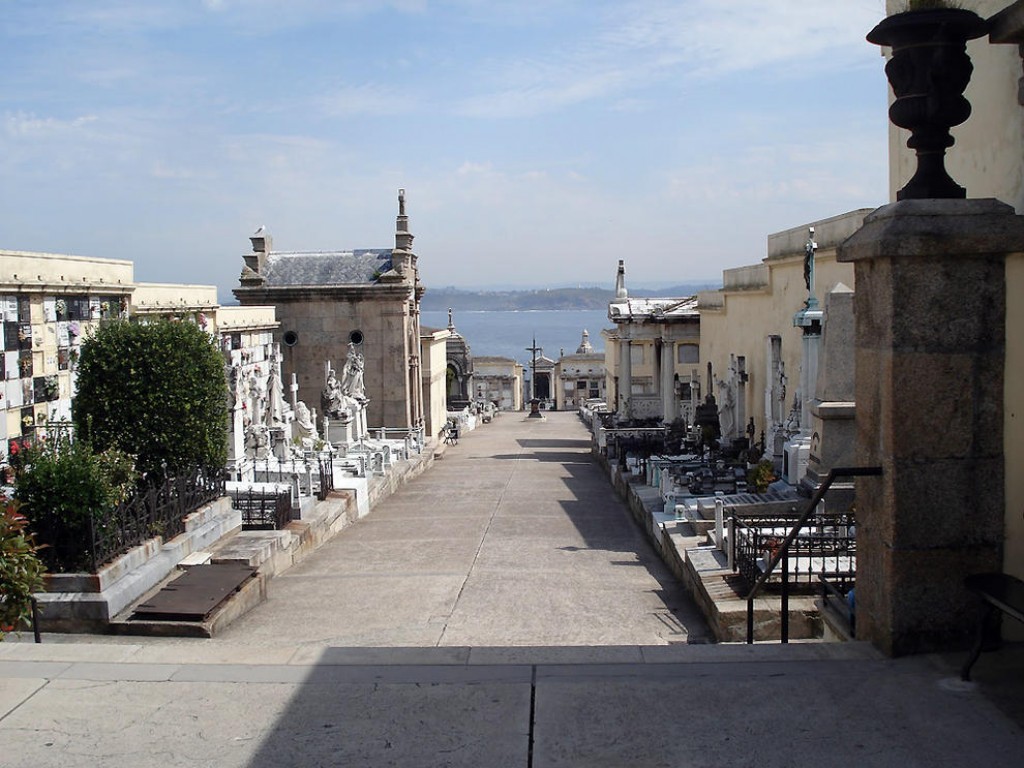 Over the last few years, a new typology of tourism with the cemeteries as main characters has become a trend: the necro-tourism. Although there is not an academic definition for this term, some authors describe it as "a form of tourism that wants to raise awareness of the rich artistic and historic heritage that can be found in the graveyards of many cities of the world". Therefore, tours to cemeteries mean a new way of seeing art and doing tourism.

In these places, different artistic styles can be seen, such as Gothic, Romanesque, Baroque or Art Noveau, among others, thus becoming atractive sites for getting fully in contact with art, as well as for visiting celebrities that are buried in these and who belong to several fields, as for example literature, film, politics or music.

In Galicia, since ancient times, there is a deep-rooted tradition regarding death and funeral rites, being the line between life and death very narrow. One of the most renowned myths concerning death in Galicia is the one of the "A Santa Compaña", consisting of the appearance of a procession of dead that wander along a parish or a town during the night, visiting those houses in which someone will die soon.  It is because of all this that cemeteries have special importance in the Galician community.

One of the most relevant cemeteries in Galicia and part of the European Cemeteries Route is that of San Amaro, in A Coruña. Facing the sea, the graveyard is divided into three parts: the religious, the civil, and the british, this one private and closed to the public. It is a Neoclassical site, the main entrance and the chapel being the maximum exponents of this. The cemetery offers guided visits and night tours (for more information, click in the following link).

Another Galician cemetery included in the European Cemeteries Route is San Froilán Cemetery, in Lugo. It was built on top of an ancient megalithic necropolis, from which there are still three burial mounds in the vicinity. The graveyard is a combination of different styles and periods that are reflected in the several decorations that exist in the site.

In the province of A Coruña it is located as well the The English Cemetery, in Camariñas. As a consequence of the wreck of the British ship "HMS The Serpent" in 1890 in the coast of this village, the neighbours decided to bury the deceased, thus arising this graveyard in A Costa da Morte.

Furthermore, in A Costa da Morte, more specifically in Finisterre, it is located the controversial Cemetery of the World's End, built in 1998 by the Galician architect César Portela. The graveyard is formed by 14 granite cubes, all of them devoid of religious symbols, being this one of the most modern of the Galician cemeteries.

Mention must be made as well of the Pantheon of Illustrious Galicians in Santiago de Compostela. Inside the Santo Domingo de Bonaval church, there can be found the remains of Rosalía de Castro, Alfredo Brañas, Francisco Asorey, Ramón Cabanillas, Domingo Fontán, and Alfonso R. Castelao, all of them distinguished personalities of the Galician history.

At last, we must mention the great popularity that necro-tourism has reached over these past decades, as it causes cemeteries to be appreciated not only for its main finality, but also as touristic and artistic resources for a territory, therefore increasing the number of visitors as time goes by.