Cape Ortegal and its lighthouse: where the Atlantic and the Cantabrian Sea meet. 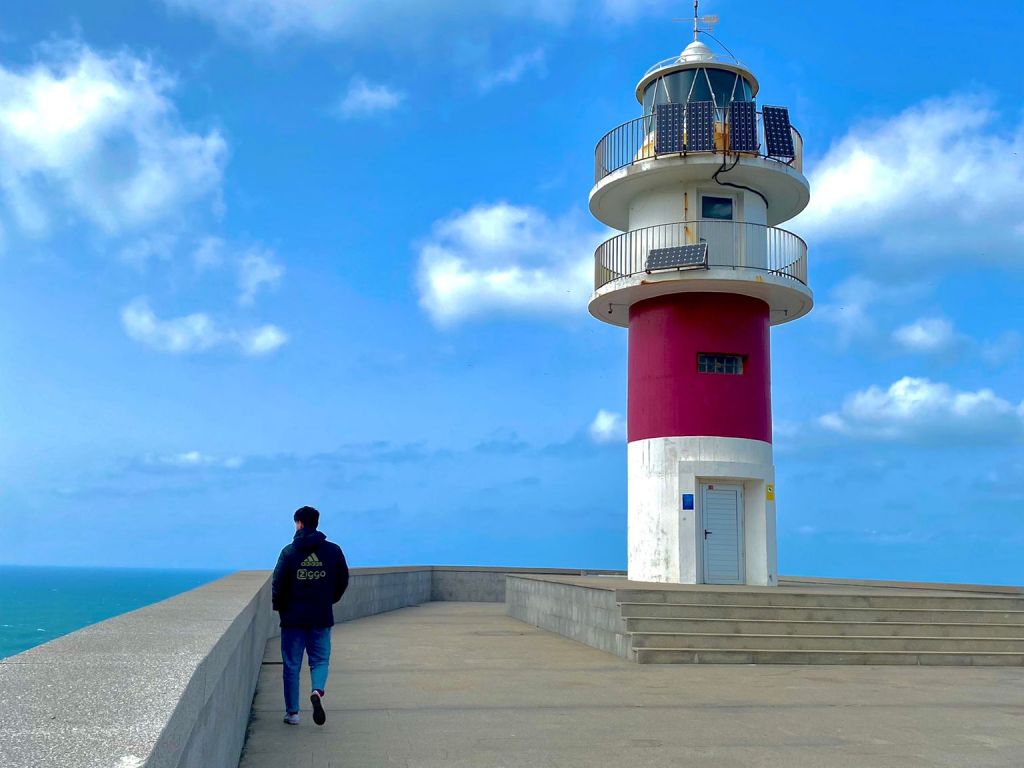 Where is Cape Ortegal?

Cape Ortegal is located within the municipality of Cariño, in the province of A Coruña. It is the second northernmost cape of the Peninsula, only surpassed by Estaca de Bares, located less than 50 km away.

This area delimits with the Ortigueira estuary on the western side, one of the most important estuaries in northern Spain for its biodiversity and ecological value and is the limit of the Bay of Biscay.

According to the International Hydrographic Organization and the National Geographic Institute, Cape Ortegal is the symbolic mark dividing the waters of the Atlantic Ocean and the Cantabrian Sea. 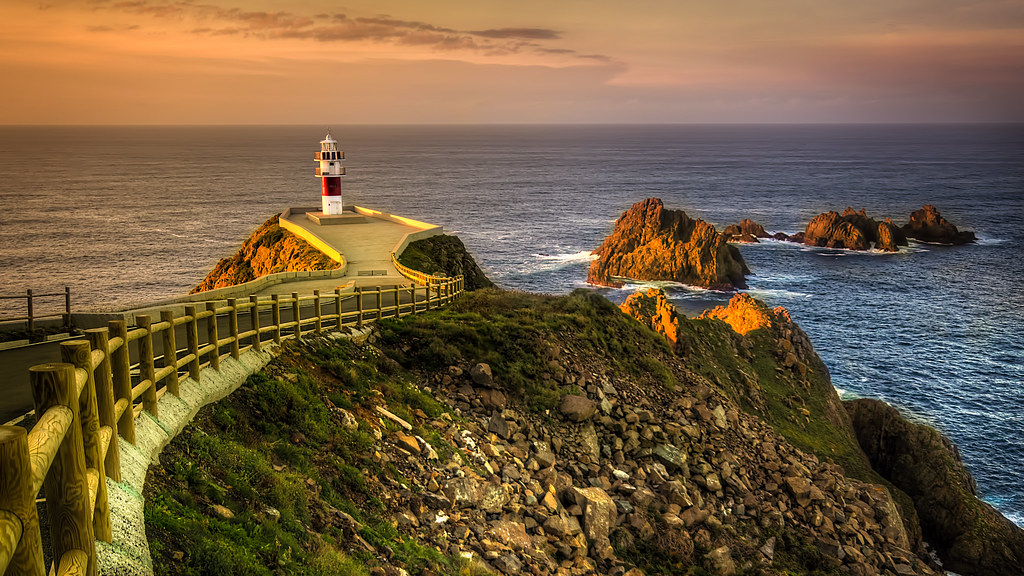 How to get to Cabo Ortegal

he fastest, most comfortable and recommended way to get to Cabo Ortegal is by car. From the town of Cariño follow the signs "Cabo Ortegal". It is a well marked route of about 15 minutes, although we recommend to be careful because the roads are narrow and with many curves.

Another option for the more athletic is to take the hiking route that starts from the town hall of Cariño. It is the Route 1, which lasts a total of 2 hours and a half, round trip. It is a quite steep route and it is usually quite windy due to the altitude, so it is always advisable to bring warm clothes.

What to see in Cabo Ortegal

This place, besides offering spectacular views with its colorful lighthouse hides several secrets that not many know. Indeed, this area is of great interest for several reasons such as its great biodiversity or its morphology, as we will see below.

The rocks of Cabo Ortegal

Few people know that it is at this point where the oldest rocks of the Peninsula are found. A study has shown that there are rocks more than 1,156 million years old, which has contributed to the scientific community to better understand the historical formation of the continents.

The amphibolite, also known as black granite, is twice the age of what was previously considered the oldest in the Peninsula, located in Asturias.  If we look out from the lighthouse towards the sea we can see a series of rocks in a row that stand out over the sea. They are popularly known as "Los Aguillóns". They are distinguished from the rest because they are composed of black granite, which stands out from the rest of the landscape.

According to geologists it is a curious phenomenon, since they are rocks that we can see in the earth's crust, but that should be in the mantle. It is believed that these granites were formed from the solidification of magma in the interior of the Earth that then went through a process of metamorphism and later surfaced.

As we have already seen, this area is undoubtedly one of the most impressive and not so well known of the Galician coast. And, of course, we must talk about its main attraction: the cliffs.

In this area we can find the highest cliffs of Continental Europe, with more than 600 meters high, so if you want breathtaking views, this is your place. In terms of biodiversity, the cliffs are occupied by numerous species of birds in summer such as the yellow-legged gull, the red-billed chough, the shag or the peregrine falcon. With the arrival of autumn these birds migrate to warmer places, being Cape Ortegal a place of passage for these animals and therefore an excellent ornithological observation point.

In addition, if we are lucky we can also observe other marine animals such as dolphins, pilot whales or even whales, without forgetting the wild horses and cows that live in the surroundings. 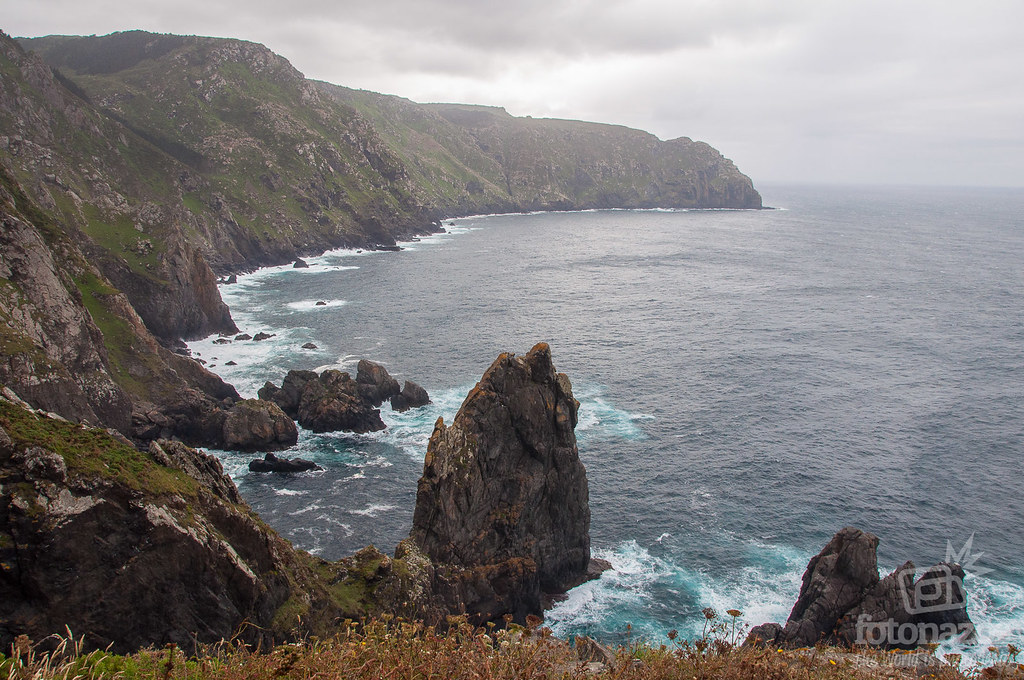 Far from being a simple story told through word of mouth there is an interesting "legend" concerning Cape Ortegal, which has begun to gain popularity in recent years and which is really curious, since it is based on a scientific basis.

Geologists, who as we explained above have found rocks here that are more than 1,000 million years old, have developed a theory that Ortegal was once the center of the earth. In the whole planet there are only three other places with such long-lived rocks: Newfoundland, Poland and Australia, and it is said that these 4 points have been united when the earth only had the continent of Pangea.Thus Ortegal, Newfoundland, Poland and Australia would form the center of Pangea.

In addition, there are theories that support that the ancient populations already knew that this place was the "center of the world". The Romans respected these places of strong symbolic value so much that they would never build anything on them, but they did delimit them with their architecture. The Aras Sestianas built as delimiters of a sacred place and the city of Lucus Augusti would delimit the center at Cape Ortegal.