The Saint of Croques in the Portico of Glory 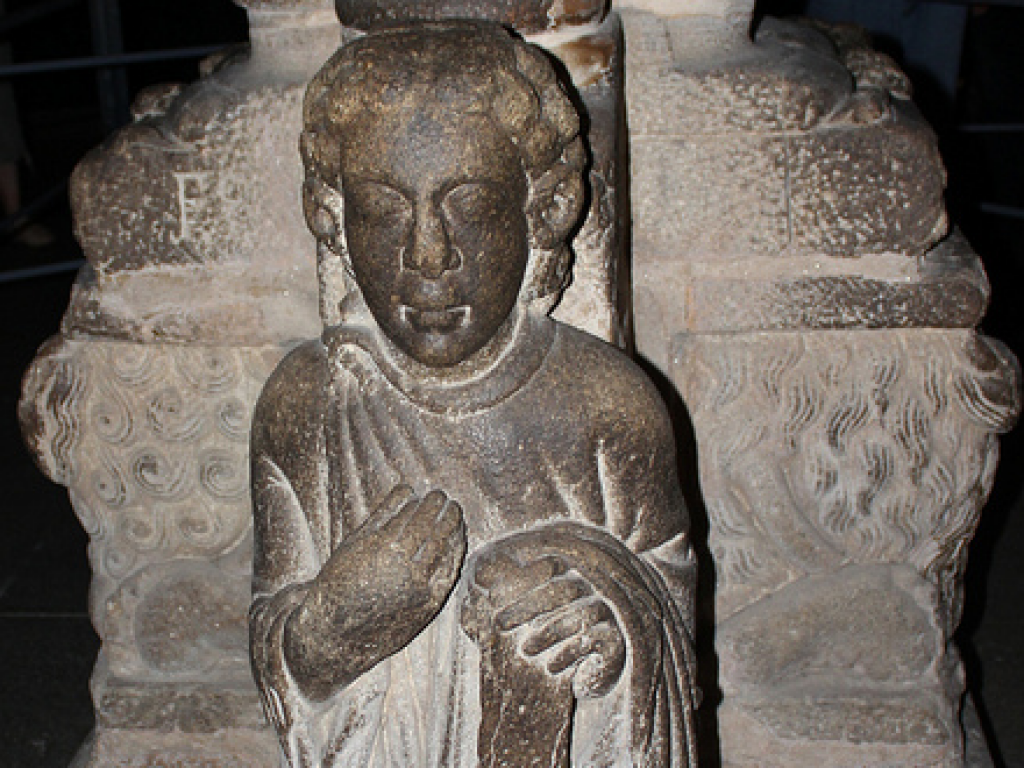 One of the figures that has caused a lot of interest in the Cathedral of Santiago de Compostela is the image placed in the back of the Portico of Glory, in the column of the mullion.

The sculpture can represent a self-portrait of the genius author of the ensemble, Maestro Mateo, who, once his work was finished, kneels humbly offering his piece of art to Saint James present in the high altar. His right hand is placed in his chest, while his left one holds a cartouche with an inscription saying “architectus fecit”.

A legend tells that, facing the archbishop’s refusal to place the image in the frontal area of the portico, Mateo decided to locate it in this place. It is true that at the time (12th century) it was quite unusual for the artist to “dare” represent himself, in a moment when the contracting, that is, the church requesting the work, will be the one taking the credit. We will have to wait until the Renaissance for this to change.

This alleged identification of Mateo as the Saint of Croques seems to be an invention of a 19th century-Romantic writer, Neira de Mosquera. It is also in this moment that the tradition of hitting the head against the saint emerges, as a way of transmitting us his knowledge. This ritual was specially spread out between the students of Santiago during the examination period. 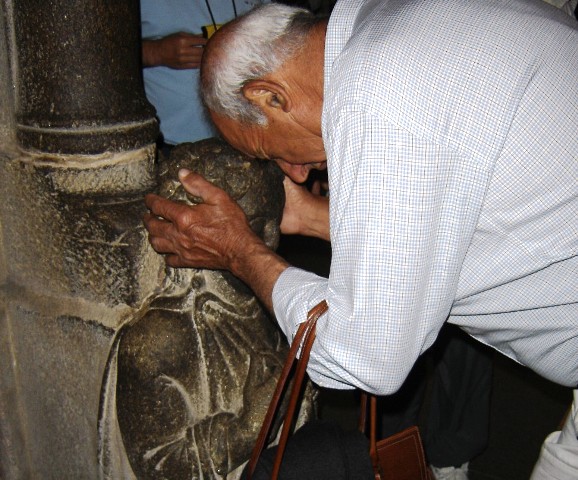 Another version, related to a marginal note in the Codex Calixtinus that was added in the year 1400, identifies this statue with “Matron Compostela”, and tells that this woman, under the influence of wine, fell asleep when the Lord came to visit the church and she could not give notice to Saint James. As a punishment, from that moment the Apostle condemned Galicia with no wine. As you can imagine, Galicia was later on forbidden, since we nowadays have Albariño and Ribeiro wines.

The image was still known in the 19th century as “Santiña da Memoria” (Memory Saint), and according to this legend, it is the one giving origin to the tradition of hitting the head against it.