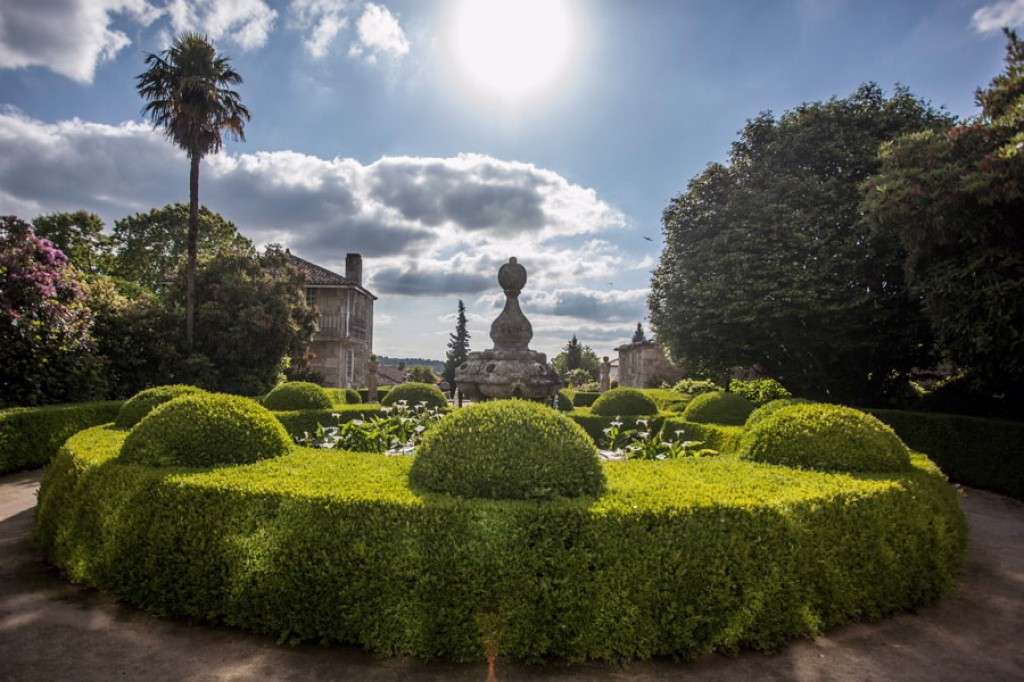 The Pazo de Oca is a Baroque majestic palace located in Oca, in the council of A Estrada (Pontevedra). It is believed that it was founded during the 15th century by Álvaro de Oca. However, the current building is from the 18th century. Nowadays it belongs to the Ducal House of the Medinaceli. The ensemble is composed by the palace, the chapel and the gardens, the latter being the exponents of gardening in Galicia.

Actually, the Pazo de Oca is known as the "Galician Versailles" thanks to the beauty of its Baroque gardens, which occupy 8 hectares and they can be visited during the whole year.

They are a mixture of water, stone and vegetation, with the fountains, the bridge and the great amount of different botanical species that form the gardens. We can find apple trees, kiwis or vines, but also boj hedges and limes. However, what catches our eye are the camellias. This species came to Galicia from China and Japan at the end of the 18th century. At the beginning, it could only be found in the propierties of the nobility, but it later on became popular in gardens and palaces both public and private. Nowadays, Galicia is "an international leader in the cultivation and production of this plant", with more than 8.000 camellia varieties. That is the reason why the Route of the Camellia has been created. It is a tour around 12 different palaces and gardens where the camellia is the protagonist, and in which the Pazo de Oca is included.

Don't miss an unforgettable walk around the gardens of the Pazo de Oca. And you can do it with Artnatura!