The Plaza de la Quintana and its most outstanding buildings 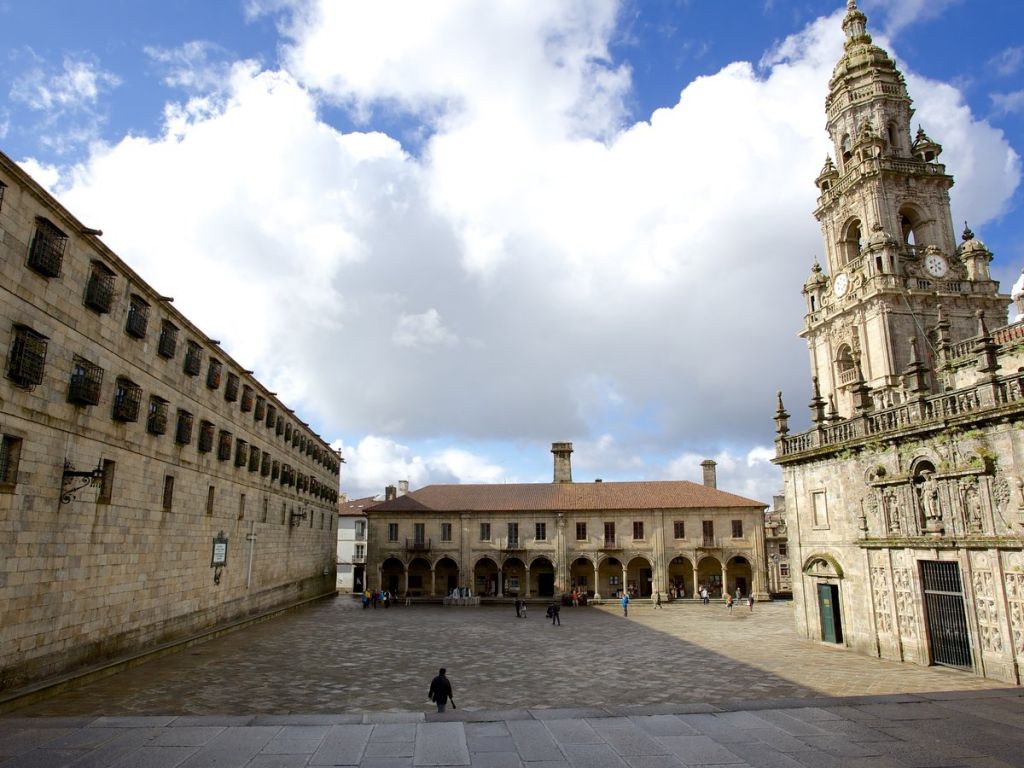 The place where our office is located, the Plaza de la Quintana, is perhaps one of the most interesting squares of all the city and one of the essential places to visit in Santiago de Compostela.

According to the medieval etymology, the name of Quintana was equivalent to praça, which referred to an open space of public use, in which different products of food or provisions were sold.

The square is divided into two levels, separated from each other by a huge staircase, the top part is the so-called "Quintana de Vivos" and the lower one "Quintana de Mortos". This last name is because it is known that this space was, until 1780, a place of burials. Later, due to lack of space, the cemetery was moved to Santo Domingo de Bonaval and finally to the current Boisaca cemetery.

Being the second largest and most important historical square of Santiago de Compostela, after the well-known Plaza del Obradoiro, several interesting architectural elements converge in it, apart from the east façade of the cathedral, of which we will speak later.

First, on the upper level we find the "Casa de la Parra", an example of Galician baroque architecture, from the 17th century. It was designed by the acclaimed architect Domingo de Andrade and it was built for the cathedral cabildo, occupying the place of the first notary and town hall of Santiago, demolished in the sixteenth century. The name of this building comes from the striking relief of the façade that represents a vine. Something very curious about this house is its characteristic chimney, disproportionately large compared to the rest of the building. This is because at the time, having a large chimney was a symbol of importance and high economic level in the city.

Facing this building we find another work of the same architect, the "Casa de la Conga", where our office is located. It is a set of four houses built in 1709 and later finished by the famous architect of the main facade of the cathedral, Casas y Novoa, originally designed as a residence for the cathedral canons. In it, for the same reason as the previous one, we see how a large chimney stands out on its roof. However, this building has a much more classic style than the previous one, with a porch at the bottom and a rather sober appearance. 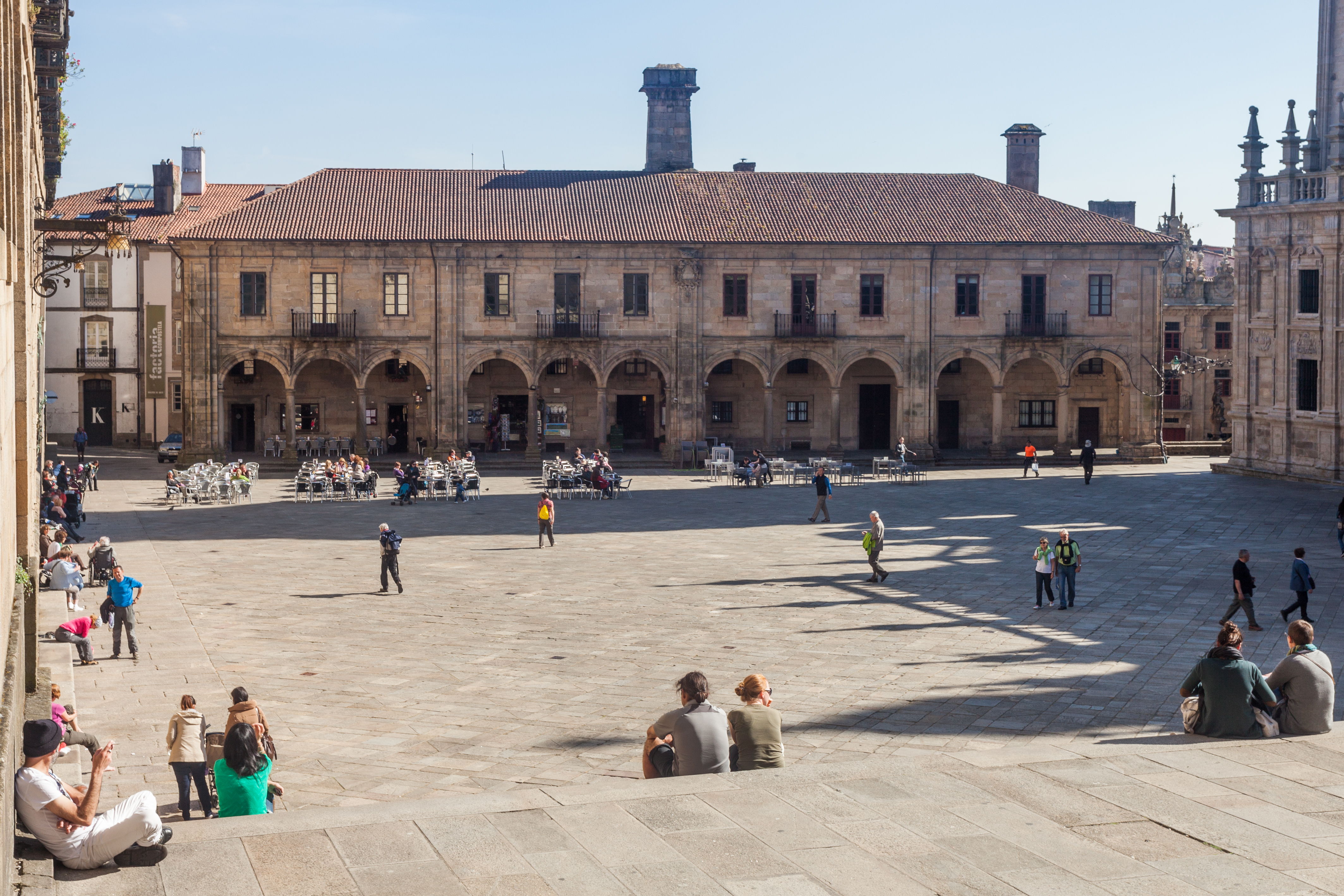 We must not forget either to talk about the Monastery of San Pelayo de Antealtares. Its history goes back to the beginnings of the cathedral of Santiago, and the beginning of the pilgrimages to the city. Located in front of the head of the cathedral, it was originally a monastery of monks under the patronage of San Pedro and in the middle of the XII of Pelayo, a Galician martyr. Its work focused since the beginning on the care of the Altar of the Apostle (hence its name), in the liturgical service and in the attention of the first pilgrims, being founded by Alfonso II in the ninth century for this purpose. Currently, however, it is a convent of Benedictine nuns of closure. On its façade we can see a gravestone that remembers the Literary, students who fought against Napoleon during the War of Independence, while inside we can find magnificent baroque altarpieces and even an organ of the eighteenth century. 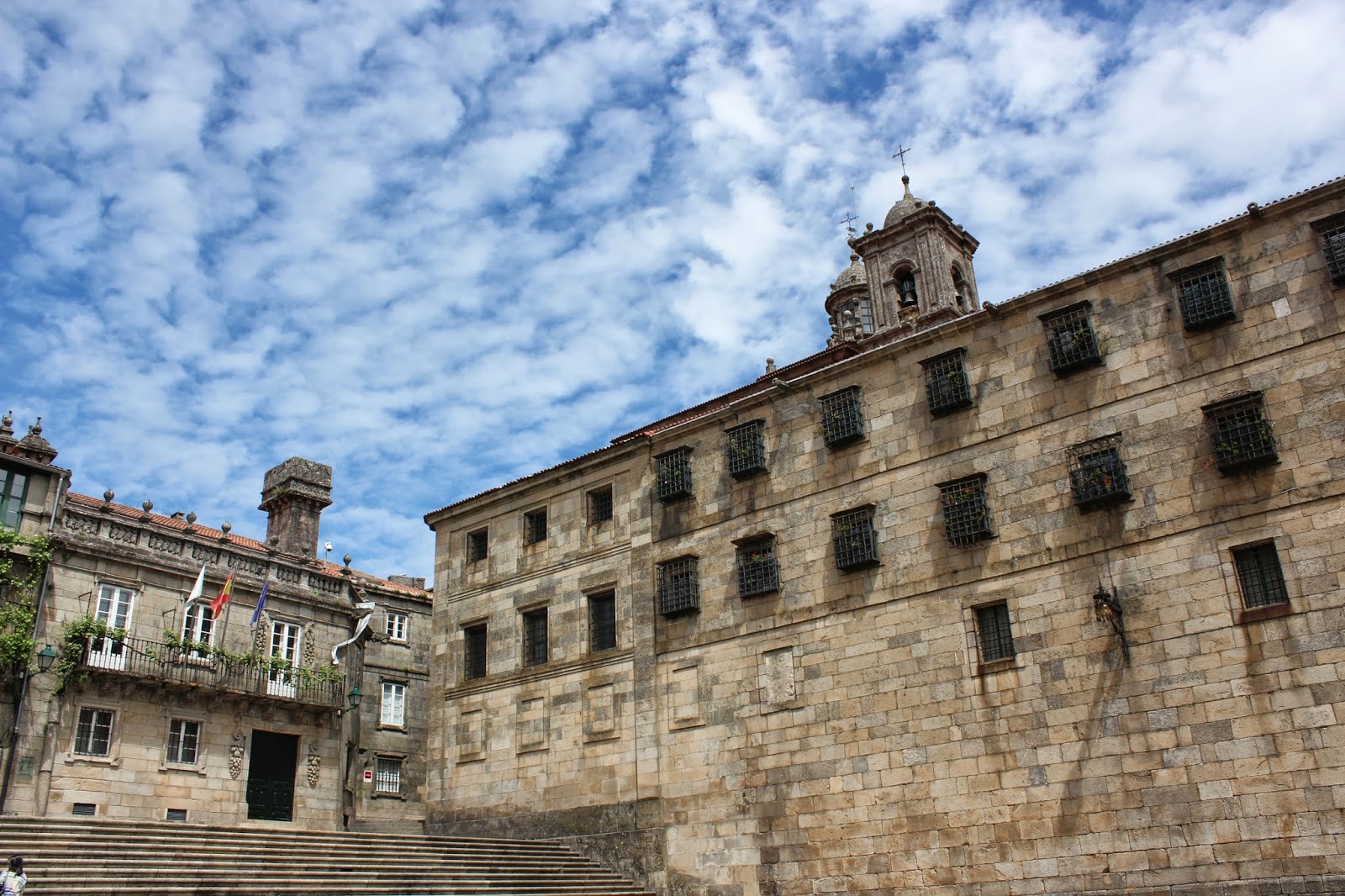 Finally, the last element that surrounds the Plaza de la Quintana is the east façade of the Cathedral, along with the so-called Clock Tower or the Berenguela, named after Archbishop Berenguel de Landoira, who ordered its construction in the 14th century. The architect Domingo de Andrade added the top part and baroque ornamentation of this tower, which surrounds the largest of the bells of the Cathedral, also called Berenguela. On the other hand, the long baroque wall that protects the Romanesque capital of the Cathedral continues towards the Holy Door, the goal of the pilgrims arriving in Santiago de Compostela in search of the Jubilee that awaits those who pass through the bronze gate, this being possible only when July 25th coincides on Sunday, and therefore when being a holy year. The rest of the time, it remains permanently closed. On both sides of the door are placed 24 seated statues of apostles, patriarchs and prophets, all of them coming from the Romanesque choir built by Master Mateo in the central nave of the basilica, which was removed in the seventeenth century.

However, one of the most recognized elements by visitors in this square is undoubtedly one of the mythical images of Compostela: a granite pile of considerable height built years ago to hold the cables of a lightning rod of the cathedral that by the nights is transformed, thanks to the magic of light and its shadows, into a mysterious pilgrim with a stick. 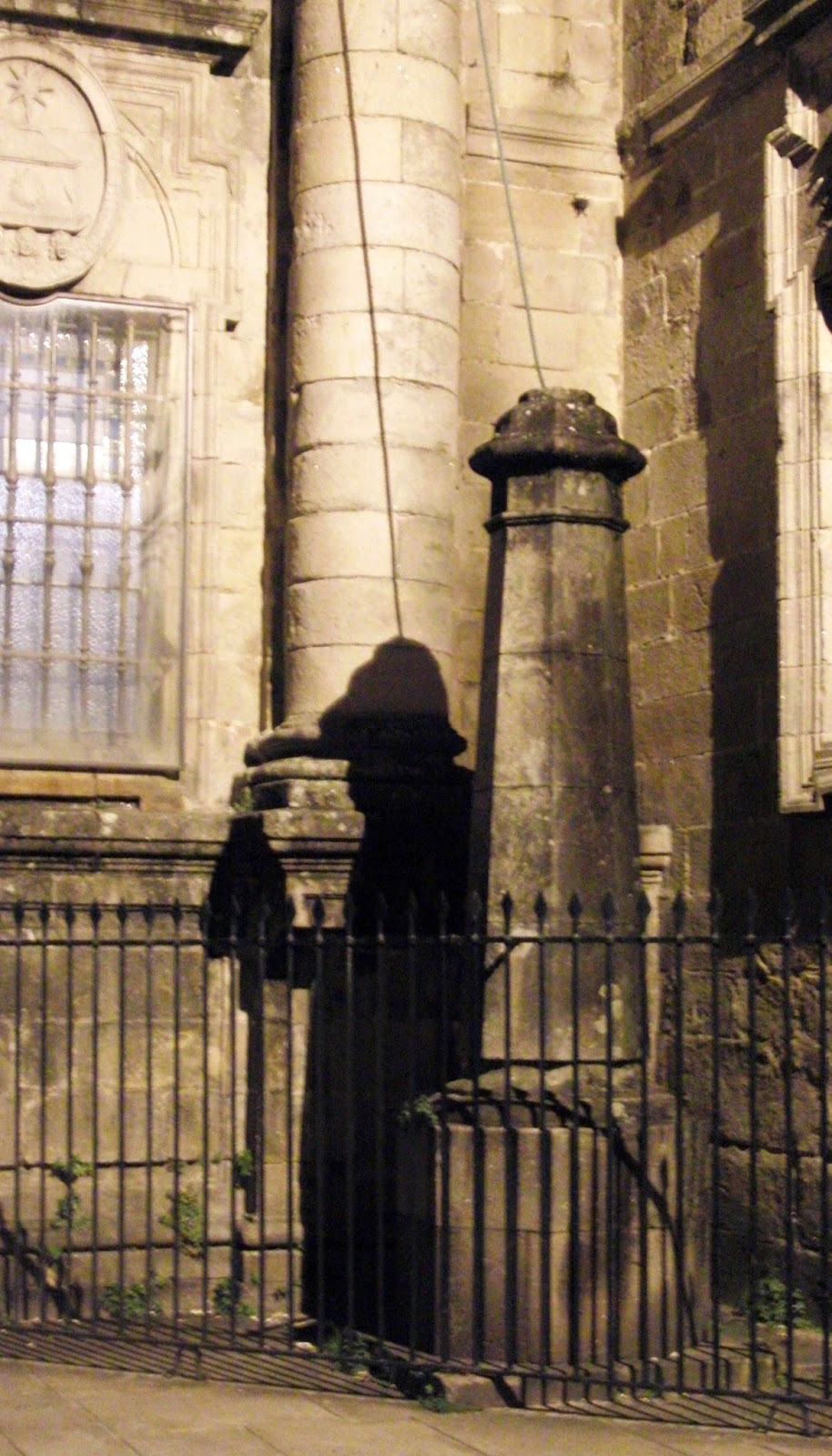