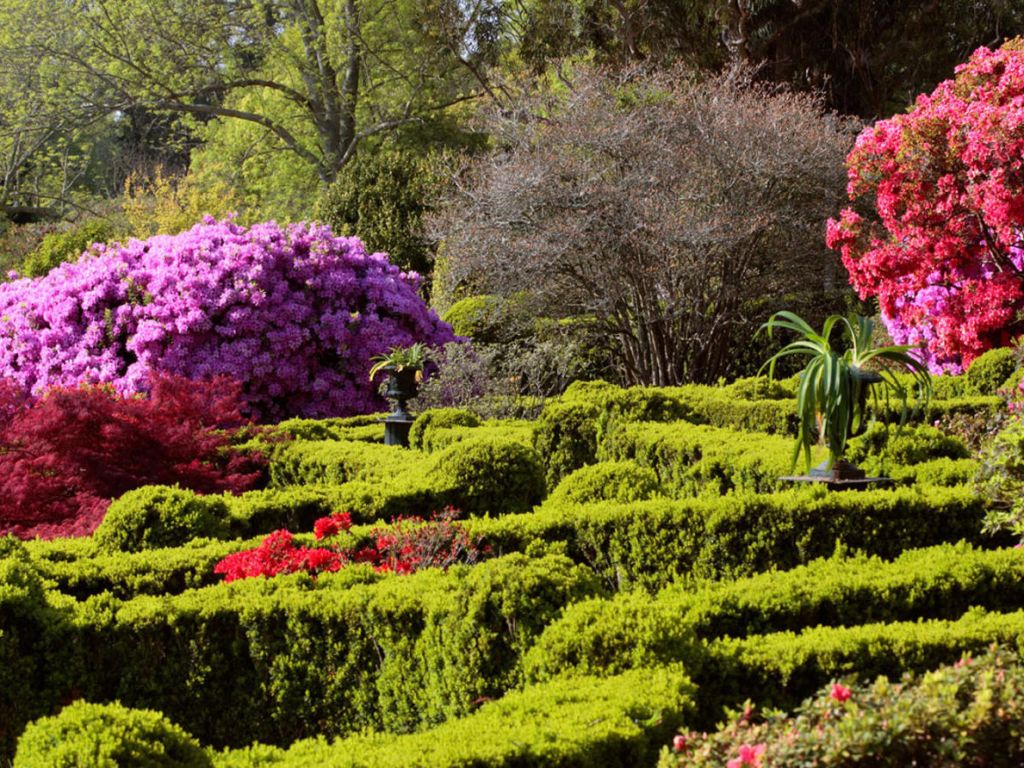 The camellias offer their visitors different routes; you can observe them in the gardens while staying in the best paradors; from Santiago to Cambados. Another variety of this route runs through different natural places and pazos of Galicia, from Padrón, through Santiago de Compostela to the most emblematic pazos of Pontevedra and Soutomaior. Finally, Camelias and wineries, which combines visits to the most emblematic palace gardens along with vineyards and wineries with designation of origin.

But, why a flower like the camellia abounds in a land like the Galician? This flower came from the Far East, through the navigation routes that connected Galicia and Portugal with China and Japan. It adapted to the humid climate so well, that it stayed forever becoming a symbol of power and wealth, passing to decorate the fields and pazos de Galicia.

In this way it became possible to travel the route of the camellia, which proposes several different routes through the most emblematic gardens and palaces of Galicia. La Alameda of Santiago is one of the indisputable stops on this route . The camellias border the entire Paseo de la Herradura, sheltering the hermitage of Santa Susana and coexisting with carballos, banana trees and palm trees. Another emblematic place is the Pazo de Santa Cruz de Ribadulla, which inspired Jovellanos for some of his works. This place harbors the most 'wild' camellias, escaped into the forest and nature itself distributed its seeds to free will, letting them bloom where they fell. Thus a camellia forest was created, worthy of its country of origin.

In stately Pazo de Oca, Cultural Interest Site and one of the clearest examples of what is baroque in Galicia, are the happiest camellias of the entire route. In the Pazo de Rubiáns we can see that happy and beautifying effect of the colors of the camellias; they detract from the garden and the architecture of the pazo itself to turn it into a friendly environment.

On the other hand, the Pazo Quinteiro da Cruz is an example of this conjugation of lordy and romantic typically Galician of 18 century with the exoticness of this flower: red, black and freckled camellias are mixed with the neoclassical architecture of this building.

In the same way, in the Castle of Soutomaior the camellias appear to embellish the scene of the tortures and murders of Pedro Madruga, the feudal lord of the castle. A tour of camellias and roses that contrast with the story of the former lord of this medieval fortress. 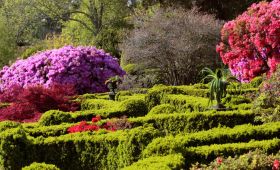