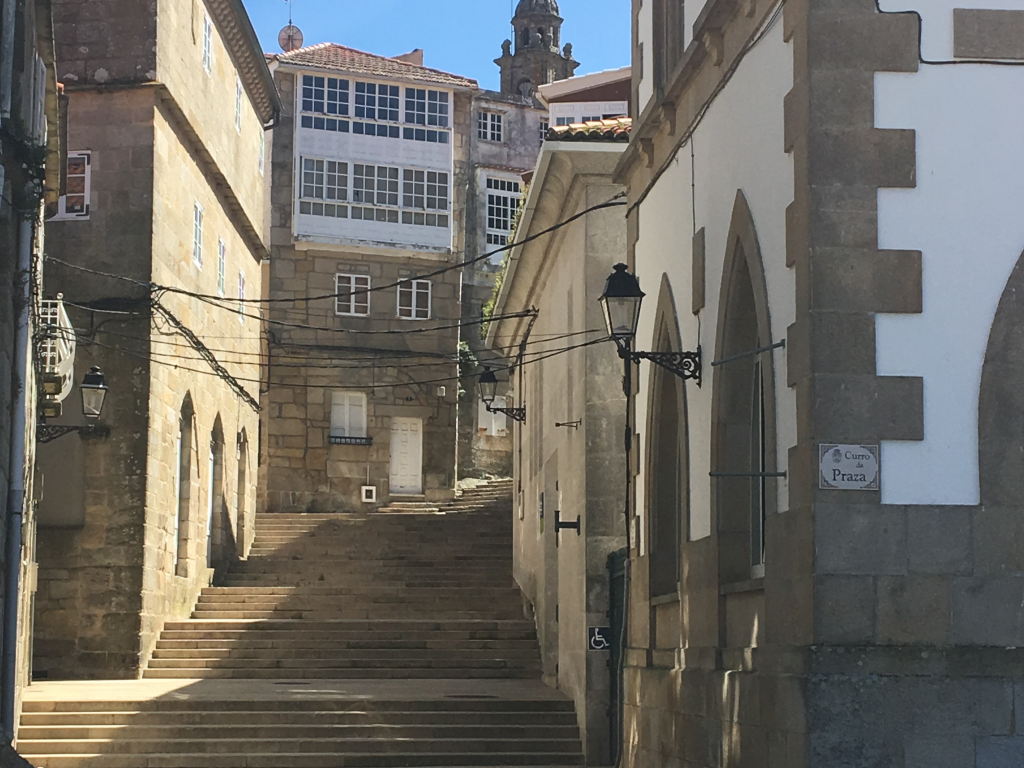 Sudenly, at the distance, we could see the rafts. They have an special aura of darkness with the fog. And they seem like the typical table game “Navy Wars”.

We have just pass throw the brave Atlantic Ocean and the cliffs in Muxía and Finisterre.Now we were in the contrast zone with a really calm environment. The local guide started to speak about the village; Muros.It has changed his shield and now it has two shells because the village has changed the owner throw the Santiago de Compostela’s church. As a pilgrim, I felt proud of see the shells as a part of the emblem.

I have just been in the previous stops of the tour before. Due to the fact of having done the way to Finisterre, and to Muxia. But I was happy to remember the experiences of the way again and to apply more places that are beautiful and interesting too such as Ézaro and Muros.Muros , the location where we are just now, is a fishing village where sailors use to go to work just down their homes to stay directly in the estuary. They had a ramp where they connected the boats with the arches below the houses.

We imagined the explanation of the guide in our minds, because now they are changed into colonnade due to the fact of building a mole which separates the water and the village where our bus can cross the street, and also walkers, probably in ancient times it was as if we went in Venice.

It is obvious that this small village of 9,500 inhabitants has not changed a lot and as many villages that border the ocean in Galicia, they live basically by fishing.

At least, we got off the bus. It was not a long trip since the last stop, but It was almost 2 O’ Clock and I can’t get used to the biological hours of Spanish people but the siesta, because I fall asleep during the trip. I was Starving! Luckily we broke for lunch and I ordered seafood and fish due to the fact it is a fishing village, as I said before. All was fresh and it comes directly by the Ocean so, definitely, It was the best meal in my life! One “Mariscada” only for me, with all types of seafood.

I had eaten too much. So I decided to walk the rest of the free time and see the historical centre. What I was not expected were the narrow and steep streets and a large number of stone stairs!! I could no longer take a step when it appeared a gothic church in front of me.

I peered and it was an image of Virgin Marie and an inscription of the name of the church: evidently, it mention the Virgin in the name“Colexiata de Santa María do Campo”.

I looked at my watch and … Oh, no! An Englishman running late! It can not be possible…

I ran as I could and I could see the anger in the faces of the group. I apologized one and thousand times but I felt with no quiet conscience.

On the bus, we pass trough the zone I missed on walking and I was glad to see the colonnades in one side and the coastline in the other. It was really a magic place where you can appreciate also a sculpture of an old woman looking at the ocean. 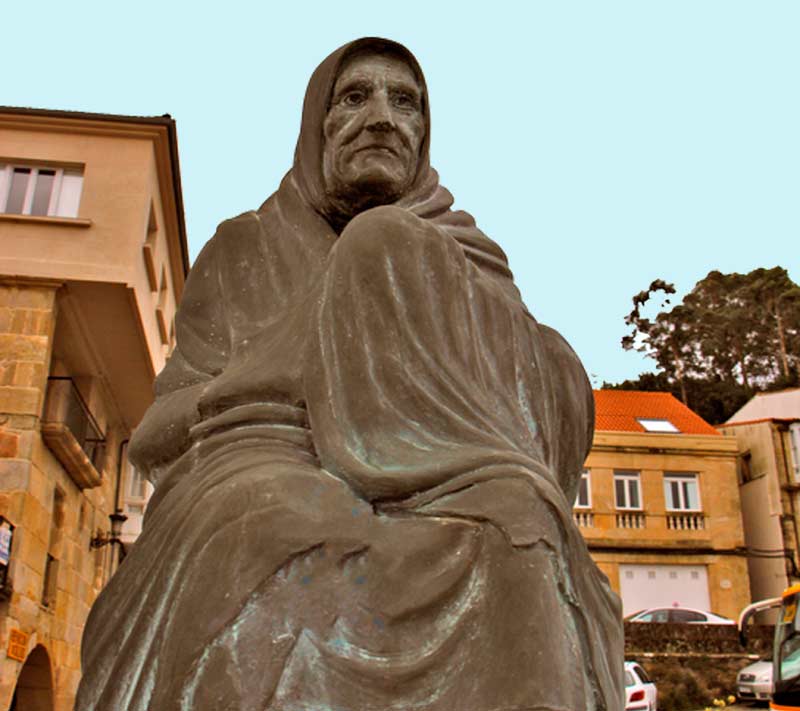 -          What’s the name of this sculpture? – Some of the group asked the guide. As is natural in Galician people, she answer it with another question.

-          Why do you ask me the name and not why is she looking at the Ocean? – She responded with an irony.But we could see the melancholy in her face.

-          It represents all the women who had to wait their husbands, children or fathers when they went to the sea. – She continued explaining – and even the Atlantic Ocean is calm now, it is dangerous due to the unexpected gales, tides, thunderstorms, waves and fog that provokes so many deaths, even nowadays, they could not return never to the land.

An overwhelming silence in the bus was just interrupted by a snork of an old man who had been influenced by the Spanish siesta.