How to get to Vixia Herbeira

This viewpoint is located in the province of A Coruña, between the municipalities of Cariño and Cedeira. The easiest and most comfortable way to reach the cliffs is by car, although we recommend driving carefully as the roads are narrow, with many curves and where it is not unusual to come across some wild horses or cows.

If we start from the town of Cedeira we must take the road to San Andrés de Teixido and at the entrance of this town we will turn right towards the viewpoint, on the road AC-2205. On this road we can park the car in front of the eolic park and a few meters from the viewpoint and the guardhouse. The journey from Cedeira to the cliffs is about 20 minutes.

The viewpoint of Vixía Herbeira is the highest point of the entire Serra da Capelada. It owes its name to the Herbeira guardhouse, a small stone construction with a vaulted roof dating from 1805, which formerly served as one of the many coastal and maritime surveillance points in the area. This construction was initially built in the 18th century, and in 2003 a process of restoration and rehabilitation of the guardhouse and its surroundings was carried out.

This area is considered a Site of Community Importance (SCI) by the Natura 2000 Network, as it has a great ecological value. In it we can observe many species of birds and other animals such as cows and wild horses that live there, surrounded by rows of windmills and creating a very picturesque landscape.

One of the highest cliffs in Europe

We could not do this article without talking about the main attraction of this place: the cliffs. With a slope of more than 80%, these are the highest cliffs in Continental Europe, with a total height of 613 meters above sea level and, if we include the islands,they are the fourth highest in Europe after Hornelen, Cape Enniberg and Croaghaun.

An option for the most sporty people who wish to know this spectacular environment is to do the route of Vixía Herbeira-San Andrés de Teixido. It can be done starting from San Andrés and going up to Vixía Herbeira or vice versa. In our case we recommend you to do it the other way around, as the slope is quite steep and you will enjoy the route more on the way down, but this is up to each one's taste.

The route consists of a total of 15km and despite being a short route, it is a route to do slowly, stop and enjoy the scenery. Along the way you will find on both sides herds of cows and horses in semi-freedom, different species of birds such as the peregrine falcon and endless fields of grass. 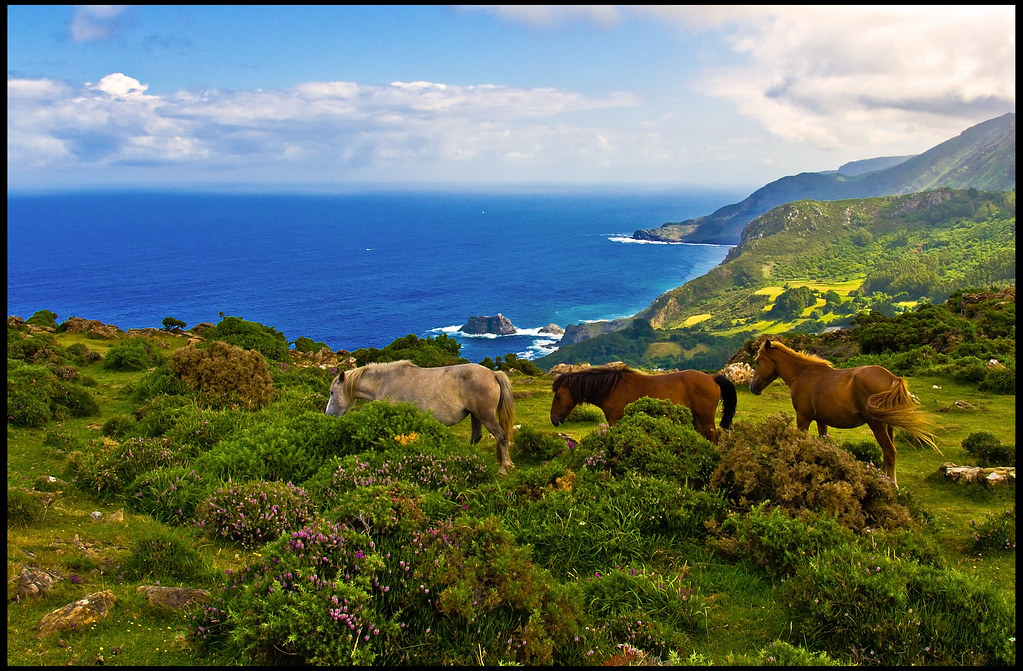 If you decide to do this route you must take into account that in this place there is usually abundant fog and strong gusts of wind, due to the altitude. When planning your trip we recommend you to check the weather in advance and go prepared, with warm clothes and comfortable shoes.

What to see in San Andrés de Teixido

The end of this route is the enigmatic village of San Andrés de Teixido, an obligatory stop. This unique place, shrouded in myths and legends, has served since the fourteenth century as the most important pilgrimage center of Galicia, after Santiago. There, you can visit the sanctuary of San Andrés from the 12th century, a place of worship probably already at the dawn of humanity, related to the Celtic world and its animist cults.

In this village it is tradition to make the pilgrimage carrying a stone that is deposited in one of the so-called "amilladoiros" of the area, to confirm to the saint that he has left in life. As the popular saying goes "To San Andrés de Teixido goes when dead those who didnt went while alive", so if the pilgrimage is not made in live,  it will have to be made in the afterlife in the form of an insect or other crawling animal before the soul is released. 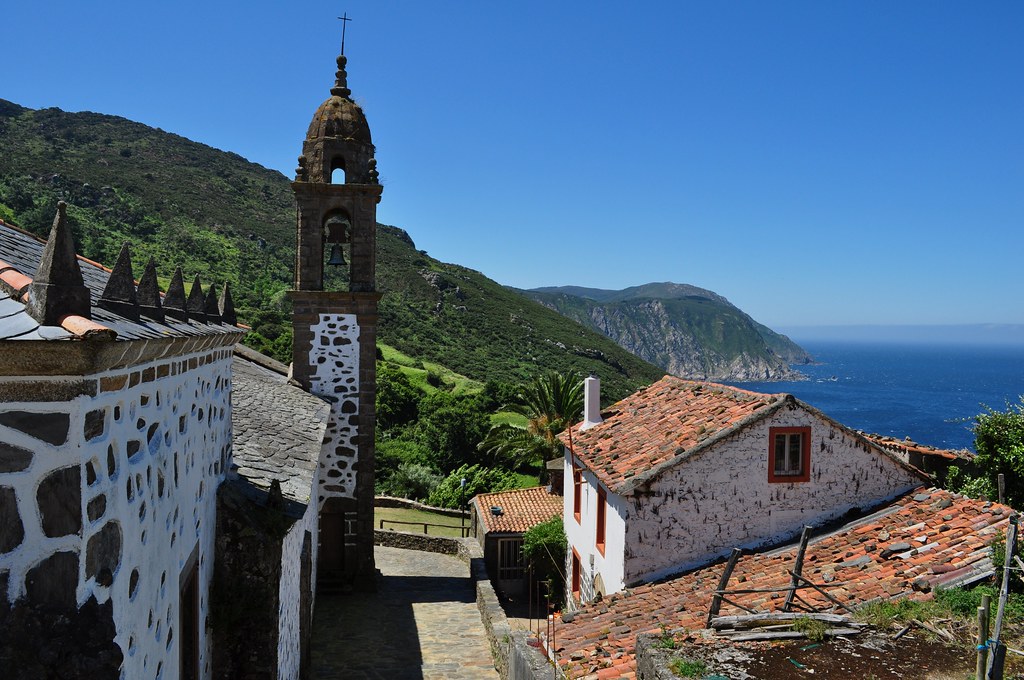